A recent study commissioned by the National Coffee Association (NCA) was conducted to measure all the way the coffee industry contributes to the U.S. economy. The numbers back up the common claim that coffee is THE most consumed beverage in the United States (yes, even more than tap water):

These stats prove out a key concept – the coffee industry touches the larger community in a big way because it provides jobs and generates tax dollars. It’s “black gold” and as such has been the subject of many studies as well as this aptly-named documentary from PBS.

Interestingly the big numbers above are mostly attributed to the foodservice industry. So this means most of the money in the U.S. coffee industry is being spent in retail rather than home equipment. So yes, the big coffee chains like Starbucks do benefit a lot from this, but studies also show that millennials are not only taking their coffee-buying out of their homes, they prefer specialty coffee like the type you get at local independent chains. According to The Market Mogul’s report, “Between 2008 and 2016, consumption of ‘gourmet coffee beverages’ rose from 13% to 36% among 18-24-year-olds, and 19% to 41% among 25-39-year-olds.”

Another trend we’ve seen rise in the last few years is the switch from multi-cup coffee brewers to single-cup brewing machines (both at home and in offices) in the US. According to a study by the NCA, this has peaked at around 30%, after growing rapidly from just 9% in 2011. But now we’re seeing zero growth in sales of single-cup machines, because “fewer consumers are now willing to shift from drip coffee makers or from instant coffee to single-cup, resulting in slowing growth rates.” This is as much due to environmental concerns as the shift to buying coffee outside the home.

Because so much of the coffee economy is tied up with retail, this means that a lot of the investment goes into things like equipment, labor, and materials needed for service. Money goes to and is generated from parts of coffee foodservice that consumers probably don’t think about all that much: roasters and packaging, transportation, flavorings, whiteners, disposable products (cups, stirrers), sweeteners, maintenance, and equipment. Foodservice coffee sales ended at 3.3% higher in 2016 than the year before and continue to rise.

Mainstream quick-service restaurants and coffee chains are also adjusting to the trend of consuming coffee out of the home as well as millennial coffee preferences. Chains are adding formerly speciality items like cold-brew coffee, nitro brew, and new gourmet espresso drinks to their menus. Although coffee prices can change quickly due to things like climate change and crop production in other countries, the declines mostly go unnoticed in the U.S.  Here, coffee consumption continues to rise, with numbers up 1.5% in 2016 and subsequently leading to higher prices for coffee beans.

The positive impact of coffee on the U.S. economy is expected to continue, as coffee retail sales will keep growing at a healthy rate and the industry as a whole will provide jobs. Specialty coffee is continuing to rise in popularity while we’re seeing the decline of traditional coffee sales such as instant coffee, ground coffee, and whole beans. With the millennial tendency to purchase coffee outside the home, mostly customized cups of local roasts and single-origin beans, we’ll see this reflected in the foodservice industry with more specialized cafe offerings. Coffee alternatives such as cold brew and nitro brew will continue to show up on larger coffee chain menus as the demand rises. Expect to see more choices than ever before in retail, fewer single-cup machine sales, and overall coffee consumption continue to rise. 11 Scientific Reasons Why You Should Be Drinking More Coffee

Refill your coffee mugs folks! You may have more than enough of our own reasons to drink coffee, but just in case, here are 11 scientific reasons why would should drink more: 1. Live Longer – Coffee is the best source of antioxidants in the US diet. Antioxidants fight off free radicals that damage cells and help repair damaged ones. (Source: Harvard School of Public Health) 2. Boost Your Memory… 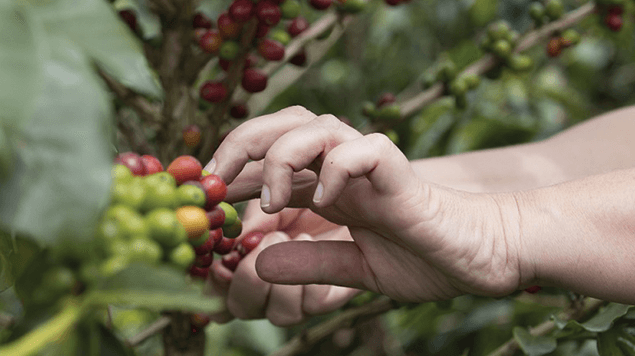 El Niño and the Effects on Global Coffee Crops

Ever since advance warning of cold El Niño winds came out earlier in 2015, the global coffee community has been abuzz with discussions about how to protect coffee crops. What exactly is El Niño anyway? According to the U.S. National Weather Service Climate Prediction Center, it’s a “complex series of climatic changes precipitated by uncharacteristically warm Pacific Ocean water.” Set to begin this winter and extend into spring in the…